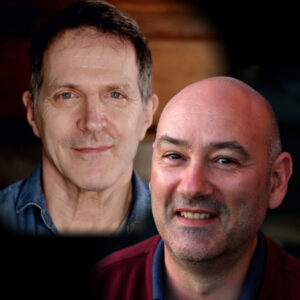 Jan Hendrik Verstraten studied film in New York and sold his first film to PBS. He ran successful companies in pottery and design. His foray into writing began when he moved to London, with a play he took to the Edinburgh Fringe Festival. Several screenplays followed and in 2015, he wrote and directed the short film titled “I am Henry,” about Henry VIII, Anne Boleyn and Catherine of Aragon. The film was co-produced by Massimo Barbato and marked the start of their creative partnership. They both love history and became fascinated by this tragic royal love triangle. “I am Henry” received excellent reviews from historians, Tudor lovers and The Telegraph critic Patrick Smith. It was shown at festivals worldwide, won many awards and remains a popular short film on Amazon Prime.

Today, Jan Hendrik and Massimo run the arthouse New Renaissance Film Festival, which they founded in 2016. During lockdown, inspired by the success of “I am Henry,” Massimo suggested starting working together on a book based on the film. They both felt that it was important to stay true to historical fact as much as possible, although the novel is a fictional and personal interpretation. Massimo had previously written a book about the cultural impact of artificial intelligence and had many articles published in various magazines and hopes to work on many more books with Jan Hendrik. With postgraduate degrees in law, marketing and theology, Massimo also tutors university students. The authors live in London.

Find out more about these authors